Since the 2008 financial crisis, the Fed has printed unprecedented amounts of money (QE) to help fulfill its mandate. In an ideal world, QE is intended to be temporary in nature while the effects of QE are intended to be long-term. The problem the Fed faces is that the effects are also temporary in nature. The Fed’s real dilemma is what will happen to both Main St & Wall Street when they stop printing money?

What does this mean in English?

The Fed’s job is to keep both Main Street and Wall Street on the right track.

The facts clearly show that things are good when the Fed is printing and “not-so-good” when the Fed stops printing. Every time QE ends, stocks tank (see chart below), and even with QE, the economy is barely growing (“new normal” of very low single digit economic growth). When QE1 and QE2 ended, the benchmark SP 500 fell -17% and -21%, respectively. Main St is barely growing and even now with QE 3 slowing down, Q1 2014 GDP was barely in the black. 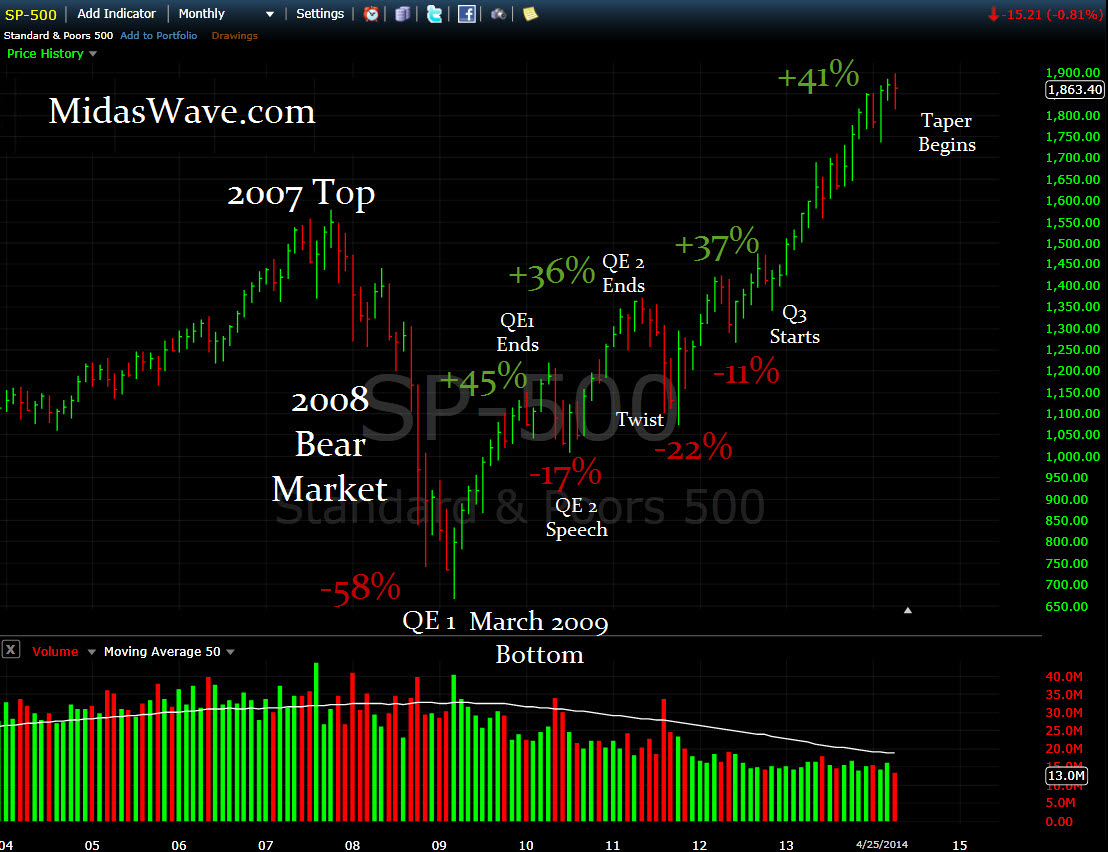 The facts also show that QE is working because both Main St (US economy) and Wall St (the S&P 500) are at record highs. One could easily argue that without QE (or some other massive stimulus from global central banks), we would not be in this position only a few short years after the Great Recession.

I’m VERY bullish on our future and know that time heals all wounds. We are trending in the right direction, maybe not as fast as people like, but we are still moving in the “right” direction and that is what’s important from an investing/trading standpoint.